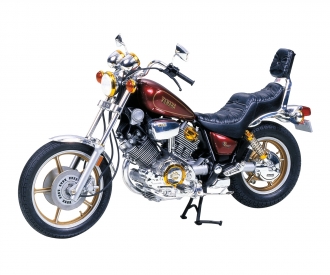 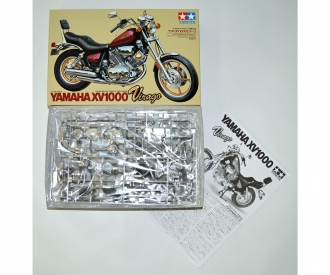 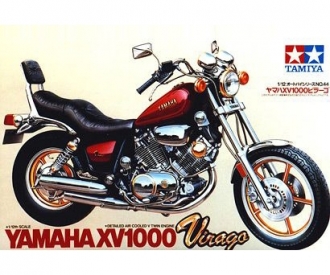 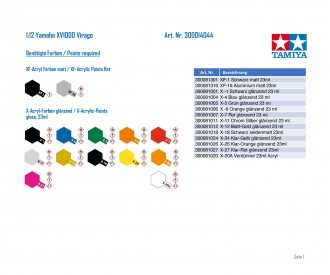 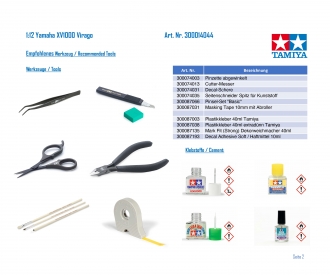 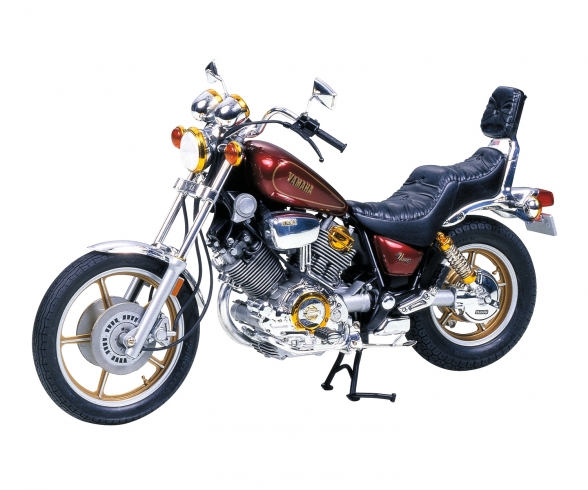 This item can only be delivered to the following countries: Germany, Austria, Portugal, Netherlands, Hungary

About the Yamaha XV1000 Virago

The motorcycle, along with the automobile, has played a big role in transporting humans from place to place for many years. Man has always been able to adapt his tools for specific needs, and as the motorcycle became more and more a sport, or leisure transportation vehicle, it has been designed for more specific purposes. The off road, touring, motocross and speed bikes as well as the basic transportation motorcycle can be seen in most countries, but America seems to have a certain styling all its own. This so called "Chopper style" came about during the mid 1960's from the many modified Harley's done by members of the many motorcycle clubs around the country. There are many long straight stretches of good, high speed roadways in America, and to sit back comfortably, with feet resting on forward pedals and sitting on a very relaxing saddle, brought about these modifications. The Yamaha Company of Japan is well known for quality bikes around the world, and they have been making bikes for specific areas for years.

The Yamaha XS650 Special released in 1978 had the American look, and since then this company has marketed bikes with similar styling. The XV1000 Virago is their latest, large bore, American styled motorcycle and sure to become popular. Its front wheel caster angle of 32 degrees provides an extended wheel base of 1525mm, making its straight running ability superb. The wide, pull back type of handle bars and the forward placed foot rests, allow the rider to sit up as if he was on a horse. A separate looking, loose cushion seat is almost like sitting on a sofa, and it is positioned at a height of only 715mm. The 70hp 981cc twin cylinder is in the "V" format and transmits its power via an enclosed drive shaft for quiet, maintenance free operation. The bike comes with much chrome and lots of gold plating, but it is done in such a manner that the bike does not look gaudy. It is a luxurious and comfortable

Warning! Not suitable for children under 3 years due to small parts. Choking hazard!

(0)
Write your own review

Write your own review

Sign up for the newsletter here!
Toys recommendations
Discover
Connect with us!
Discover